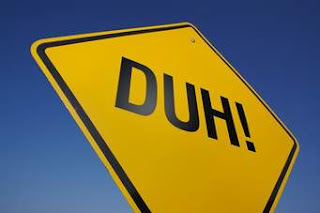 I have this great master outline example from Better Novel Project. It would be awesome if I could make myself sit down and come up with plot points from my story to basically fill in the blanks so I can keep the story going. But it's so hard.

Being a pantser is hard but plotting every little scene ahead of time isn't something I can do either. That's why I've been kind of plotting as I go along, sort of hybrid between pantser and plotter.

I really don't know how I would ever be a full time author with my attention span issues. I guess I would have to go to the library or rent office space somewhere to get things done.  I even thought about renting a room for an hour in a seedy hotel every week or two so I can write. Seedy doesn't bother me much since most of the stuff I write about is pretty naughty.

I would be totally winning all the way around if I had the discipline to write all year round and not just during NaNoWriMo.  Being one of those people that would never get anything done without a goal is my problem.  Of course I could always do the Camp NaNoWriMo too so I would be working on a story three times a year instead of just once. Or I could just be a really smart person and set my my own goals but eh...

Good luck to all of the other NaNo-ers out there.
Posted by Susie McCray at 6:36 PM No comments:

To be honest, I almost forgot about my last blog entry for the month.  This is the most writing I've done in a long time.  I wasn't even this consistent this past November during NaNoWriMo.  It felt good being about to stick to a goal no matter what.

No matter what type of mood I was in, even when I didn't have much to say, I still made myself write. In a way, this felt like a glimpse into the professional writing life that I want.  Dedication is the key.

I may take a week from writing to gather my thoughts then I'm going to dive into editing and rewriting.  As I mentioned in previous posts, I still plan to blog once a week.  If all I have to talk about is my word count, that's what I'll do.  Consistency is another key.

Thank you to those that have read my blog posts.  Even if you only read one or two, I appreciate that.  Maybe I'll do another one of these challenges some time this year.  Gotta get one of the 7 works in progress complete though.  Yeah, I've been at this for a long time.  But I'm tired of this just being a hobby, I'm ready to put in the work.  Hard work is yet another key.

I'm going to take all these keys and open the door to something great.  I can feel it. 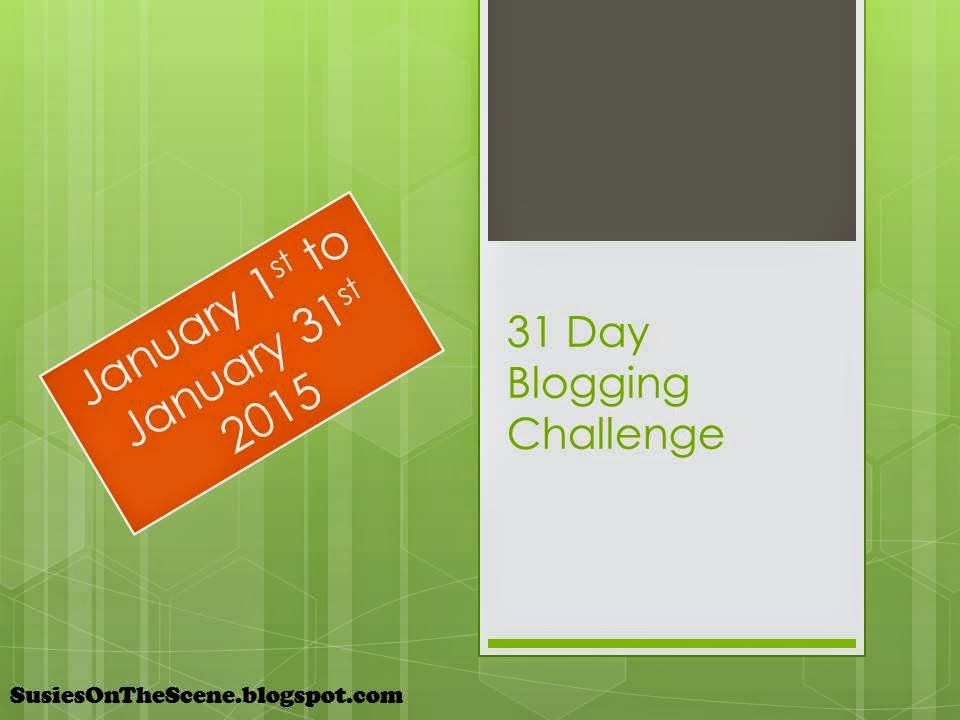 Posted by Susie McCray at 9:27 PM No comments:

Almost a decade ago, before I had my son, I used to craft all kinds of things for my coworkers.  Every month I made items with each person's name on it to hang outside of their cubicles.  I did that for a couple of years until people started getting on my nerves.

Some of those projects got pretty pricey but I didn't mind because I wanted our area to be cute and I wanted to make my team happy.  Unfortunately, I started having people that complained when their item didn't look exactly like someone else's. I thought that was dumb because I thought everyone wanted one of a kind items.

After a couple of crazy comments I asked if they wanted to contribute to the decorations if they wanted everything to look a certain way.  Maybe three people gave me a couple of dollars that next month.  After that I never got anything so I stopped doing it.

Now that I'm in another team, I've watched these folks for a year and a half and they seem to be more appreciative.  I may not do projects every month but I'm going to start with Valentine's Day and see how things go.  I wanted to start with birthdays but a lot of us take vacation days on our birthdays so things may get kind of crazy trying to reschedule the gift giving and whatnot.

Sometimes it sucks to go to work so I try to boost everyone's morale.  I get a boost just by seeing happy faces so it's a win/win.

Posted by Susie McCray at 8:00 PM No comments:

What Are You Doing Super Bowl Sunday?

With the Super Bowl coming up, one of my coworkers suggested that everyone in our group wear a jersey or t-shirt in support of our favorite NFL team.  Of course she didn't tell us this until today before we all got off work.  Many of us aren't really football fans, so we don't just have paraphernalia lying around.  I have a Steelers cap only because I was aggravating my Cowboy fan cousins at a party we had a few years ago. 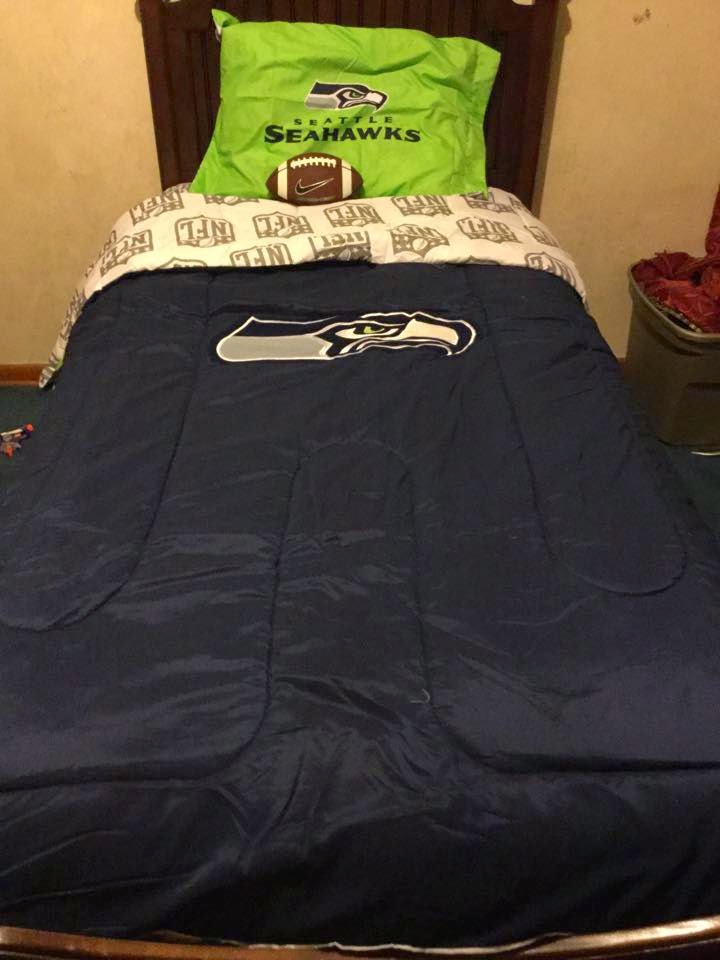 Since I'm silly, I asked if I could wear my son's Seahawk comforter.  That's not going to happen but I was just thinking out loud. 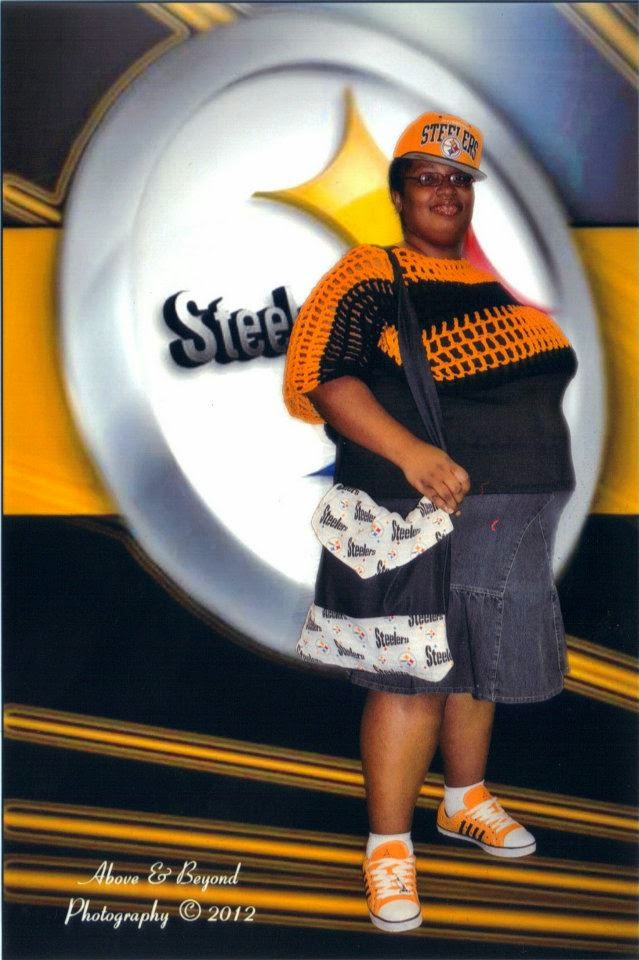 I decided that I'm going to wear a black shirt and black jeans with my Steelers hat and black and yellow sneakers.  This will only be the second time I've worn the darn thing.  I told my son that I will buy us both Seahawk shirts and hats after the Super Bowl.

Remember when I latched on to the Memphis Grizzlies just because they are the home team?  Well the Tennessee Titans are the home football team but they suck, so I can't get jiggy with them.

Back in the day, I used to go to Super Bowl parties just for the heck of it.  Since I've had my son, no one has invited me to any.  Probably because they figured out that I could care less about the game and I was only there for the snacks.  I may make some food for us to snack on during the game this year.  Lord, please don't let the kid get mad when I hop on my Ipad to watch The Walking Dead.

What are your plans for the Super Bowl?

Posted by Susie McCray at 9:26 PM No comments:

Tax Time: Do You Live for Your Refund?

It took me up until last year to stop being one of those people that "live" for tax refund time.  Yes, I used to be one of those people that rushed to do my tax return so I could get my refund during the first run of deposits.  I used to always have to catch up on bills and buy or repair a car.  Some of the funds went to shopping but not much, cause I'm always balling on a budget.

I remembered something my dad had told me years ago, "I don't need the government to hold my money for me."  What he meant was that he liked getting his money throughout the year and breaking even or only owing a small amount when it was time to file his tax return.  It took me 20 years to do it but I went in and changed my W-4 so I would get more of my check each pay day.  There's a calculator on Irs.gov that I used to keep up with what I paid in federal tax and what I will have to pay by April 15, if I didn't make changes by December 31.

This year I will have a small balance to pay but next year I plan to break even, they won't owe me and I won't owe them.  Which is great to me.  I've gotten to the point where I can save money on my own and I hope to continue to do so.  My savings account actually has more than $50 in it for a change and it feels good.

I don't think I'll miss getting refunds because I was never one of those people that got those extra large refunds of $4,000 or more.  I wasn't hounding the mail man or the teller at my bank about when my money was coming. No going on Facebook crying about how much I need my money to keep my lights from getting cut off or my car from getting repossessed.

Freedom from yelling, "I want my money and I need it now," feels so good.

Susie McCray
Memphis, TN, United States
I am a writer of poetry, fiction and non-fiction. On this blog, I will share my ideas about writing and my journey to becoming a full time storyteller.